In an exciting development for India’s wealthiest car insurance policyholders, Bugatti has confirmed that the world’s fastest and most expensive production car, the Bugatti Veyron, will finally be sold on Indian shores. The Bugatti Veyron 16.4 Grand Sport has been officially launched, with the base model being available to purchase for Rs 16 crores, making it comfortably the most expensive car available in India1. The firm said that it had received enquiries about the car from 3 or 4 prospective Indian customers. The vehicle will be distributed by Exclusive Motors in New Delhi2.

The Bugatti Veyron is named after French racing driver, Pierre Veyron. Its body is made of titanium, carbon fibre and magnesium, for speed and lightness, and the car is assembled by hand at the company’s headquarters in Molsheim in France. The body structure of the Bugatti Veyron 16.4 Grand Sport consists of a carbon-fibre monocoque suspended from an aluminium frame in the front and a carbon fibre/stainless steel frame at the rear. The car’s interior incorporates moisture-resistant, backstitched leather, as well as other equipment features such as a reverse camera with a 2.7-inch monitor integrated in the rear-view mirror.

The car is powered by an eight litre, 16-cylinder engine with 64 valves and 4 turbo chargers and produces 1001bhp and 1,200Nm of peak torque. It also has 12 radiators. The car takes just 2.5 seconds to reach 100kph, 7.3 seconds to reach 200kph and 16.7 seconds to reach 300kph, on its way to a top speed of 407kph. The original Veyron claimed the title of the fastest production car in the world, only to be beaten by the SSC Ultimate Aero, at which point Bugatti developed the Veyron Super Sport, which produced 1200bhp and duly regained the record3.

Mr Guy Caquelin, Sales Manager (Middle East, India and Europe) at Bugatti said that the firm had been faring very well in America, Europe and the Middle East. He added that the marque now saw India as an emerging market, which led to its decision to sell the car there.

Meanwhile, Mr Satya Bagla, Managing Director at Exclusive Motors added that it was pleased to launch the Bugatti Veyron 16.4 Grand Sport in India, declaring it to be a modern statement of luxury, speed and style. He added that the company was thrilled with the launch of the Bugatti and expected the car to receive an overwhelming response from premium customers4.

Charlotte Walker writes for MediaVest (Manchester) on a number of motor related topics, including ways to compare car insurance .

Improve Your Stores Display with a Heavy Duty Clothes Rail at www.theshopfittingshop.co.uk 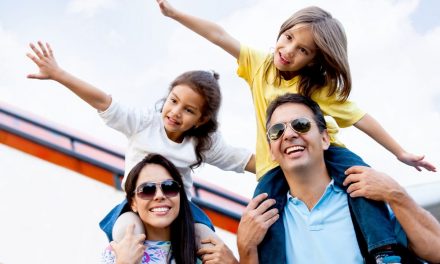