All aboard for Rail Europe’s castles

Train travellers to Europe cannot miss the incredible heritage the continent has to offer and nothing shows this off more than its historic castles.

Rail Europe can offer the best way to explore Europe and all its treasures with the Eurail Select Pass or Eurail Global pass.

Rail Europe’s rail passes give travellers the freedom to travel in and around five bordering countries (Eurail Select Pass) or to all the 23 countries on the Rail Europe European network (the Eurail Global pass).

But for now, let’s just concentrate on the castles…

Imagine you start in Germany and visit the incredible castles of King Ludwig II. Take the train to Fussen and join Schwangau by bus thanks to Public transportation from train station Füssen to Hohenschwangau in about 15 Minutes to visit the Neuschwanstein castle, the most famous castle imagined by Louis II. You will then see the Hohenschwangau mansion that probably then inspired the King.

Perhaps the most famous castles in Europe are those of France’s Loire Valley. Train travellers can jump on the high speed TGV for a memorable tour of the Loire Valley. From Paris by train, stop at Blois or Orleans and then take a bus or a daily shuttle that link Chambord or Sully. All are close together. It would be easy to spend many days in the Loire Valley but Rail Europe has many more treats in store.

From the Chateaux of France take the TGV up to Paris and hop on the Eurostar to London. From London you can catch the First Great Western train to Windsor Castle, the largest castle in Europe or take the train up to Scotland – to Edinburgh and its Royal Mile with the castle overlooking the city.

Once you are in Scotland almost everywhere you look there is a castle and you can take a train tour of the beautiful majestic country taking in Stirling Castle and Urquhart Castle overlooking Loch Ness on the way.

For information on European destinations, itinerary ideas and fantastic deals on train fares, travellers can find everything they need to plan and book the perfect train tour around Europe with Rail Europe.

Thalys Snow trains are back in 2012

ActivityBreaks.com Comment on the Rise of the Independent Traveller 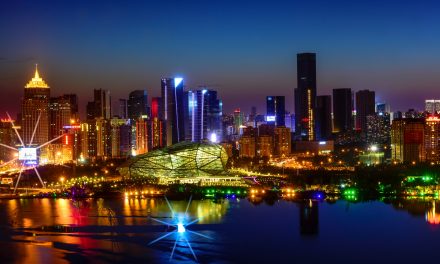 Shenyang: A Home For German Companies