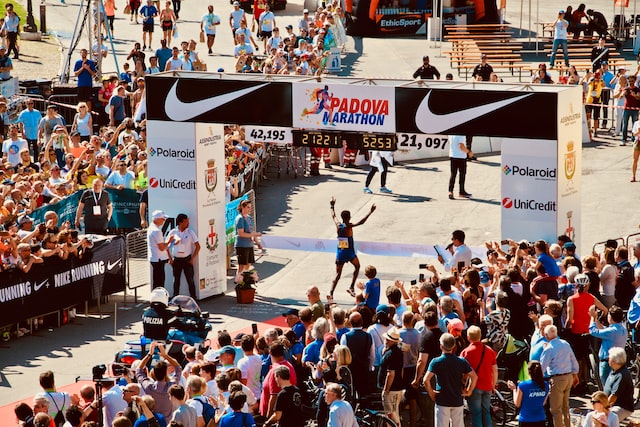 Berkshire, United Kingdom (10th April 2013) – Mizuno, a world leader in running shoes, football boots, and other types of sporting footwear, has announced they are sponsoring the Nice half marathon.

Mizuno is the official sponsor of the event, which takes place on the 21st of April and is now in its 22nd year. It is one of the most popular half-marathons in Europe and attracts runners from all over the world. The race begins in the Jardins Albert 1er and allows runners to experience famous sites such as the Promenade des Anglais situated beside the Mediterranean Sea.

Earlier this month, Mizuno was the official sponsor for the Milano full marathon which took place on the 7th of April; Mizuno-sponsored Monica Jepkoech won the women’s race with a time of 02:32:54. The Milano City Marathon is one of the fastest marathon courses in the world and attracts more than 5,000 runners from 40 countries.

Mizuno will also be sponsoring the Bristol half marathon taking place on the 5th of May and the Brussels 20km on the 26th of May.

A spokesperson for Mizuno commented: “We are always proud to sponsor half and full marathons around the world. Both the Nice half and the Milano full are renowned around the world and attract both professional and amateur runners from various countries. Mizuno is synonymous with elite athletes and athletic events and acting as the official sponsor for so many high-profile events only reinforces that. We would like to wish all runners the best of luck in the Nice half marathon and hope they smash those PBs!”

Since its founding in Osaka, Japan in 1906, Mizuno has become a leading name brand in the performance footwear and sportswear industries, with products available in more than 50 countries worldwide. Mizuno specializes in designing and manufacturing footwear for running, football, handball, volleyball, and myriad other sports using innovative technologies unique to their brand, including Wave, Dynamotion Fit, and SR Touch, offering footwear renowned internationally for its suitability to particular sports, athlete types and performance styles.