Despite appearing at the London Palladium in more than 1,200 solo performances, The Wizard of Oz marks Des O’Connor’s first appearance in a musical at the venue. Following in the footsteps of both Russell Grant and Michael Crawford, O’Connor will play the Wizard from the 22nd of May through to the final show on the 2nd of September. He will also take on the role of Professor Marvel, and appear alongside Sophie Evans, runner-up in the BBC’s Over the Rainbow.

Since his first television appearance in 1963, Des O’Connor has since gone on to star in his own successful shows for the past 49 years – longer than any other performer in the world. He has taken the stage at many iconic venues, including The Sydney Opera House and the MGM Grand in Las Vegas, and made his West End debut last year in Dreamboats & Petticoats at the prestigious Playhouse Theatre. He also co-hosted the award-winning ITV daytime chat show Today with Des and Mel and succeeded Des Lynam on Channel 4’s popular Countdown, with great success. As a recording artist, he has sold over 16 million records and boasts a portfolio of 36 albums.

“Des O’Connor is an amiable and popular performer with true star-quality and exceptional talent, able to delight his existing fans and acquire new ones with everything he does,” a spokesperson for Londontheatrestore.com said. “With a staggering 1,200+ performances at the London Palladium under his belt, returning there in such an iconic musical is a fantastic way for Des to show the depths of his performing skills. Tickets for The Wizard of Oz are available from Londontheatrestore.com now, and we are sure Des O’Connor’s involvement will attract a host of adoring fans who will be amazed by a fantastic cast, outstanding production values, and Andrew Lloyd Webber and Tim Rice’s writing.”

For more information on LondonTheatreStore.com and their cheap theatre tickets, visit their website at http://www.londontheatrestore.com/ or telephone 0207 492 1540.

LondonTheatreStore.com is a leading online ticket office offering the best theatre deals on the best London musicals, plays and performances, such as Chicago, Jersey Boys, The Lion King, plus many more. LondonTheatreStore.com can also offer a variety of meal deals and theatre gift vouchers on a range of top West End productions. 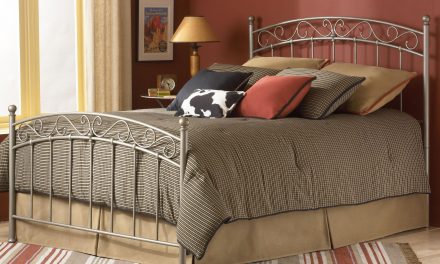 Metal Bed Frames Are Back in Fashion