For travellers enjoying the sights of Italy, Trenitalia’s Frecciarossa trains are the fastest way to see the country, and connect to all the major cities and smaller towns.

Trenitalia’s Frecciarossa trains carry around 1 million passengers a month on the high speed lines running from the north to the south of the country.

There are around 500 of the high speed Frecciarossa trains in the fleet, which can reach speeds of up to 360 km/h, and travel at an average speed of 300 km/hour on the high speed tracks.

Train travellers in Italy can explore the entire country in a fast and enjoyable way. Popular routes include Milan to Turin in under an hour, the direct train from Milan to Rome in just less than three hours, Naples to Bologna in less than four hours and Naples to Rome in just over an hour.

Another top route for travellers in Italy is the service from Turin to Rome, which takes four hours and 30 minutes. This popular route offers 14 daily connections with stops at Milan Porta Garibaldi and Milan Rogoredo, as well as Bologna and Florence.
Another popular way to see Italy by train is to catch the high speed Frecciarossa train between Milan and Rome. This picturesque journey takes just under 3 hours.

A selection of the Frecciarossa trains on the Milan to Rome route also make stops at Bologna, Florence, Naples, Piacenza, Parma, Reggio Emilia and Modena so for any train travellers with the Italy Rail Pass, there is no excuse. Italy is at their feet, and they can go anywhere in the country in any order they like.

Train travellers with the Eurail Italy rail pass should check out the options on Rail Europe for ideas and tips about train travel in Italy as well as great fares and deals.

First class passengers receive a welcome drink and, in the mornings, a daily paper.

The third carriage has two business lounges with eight seats and a toilet as well as room for wheelchair users.

Every seat on the Frecciarossa trains has power outlets so that you can work on your laptop, watch a movie or listen to music and there is a restaurant on board serving hot and cold snacks and beverages so train passengers travel in comfort and with ease.

Italy is a diverse and beautiful country from its mountains to its spectacular coastline, from the vineyards to the pizza parlours, and Trenitalia’s high speed Frecciarossa trains can transport travellers across the country with great comfort and ease. 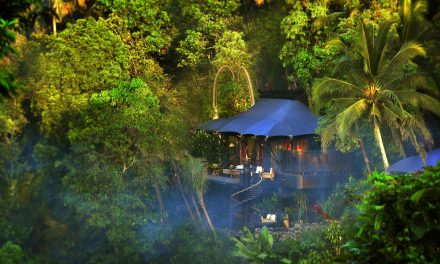