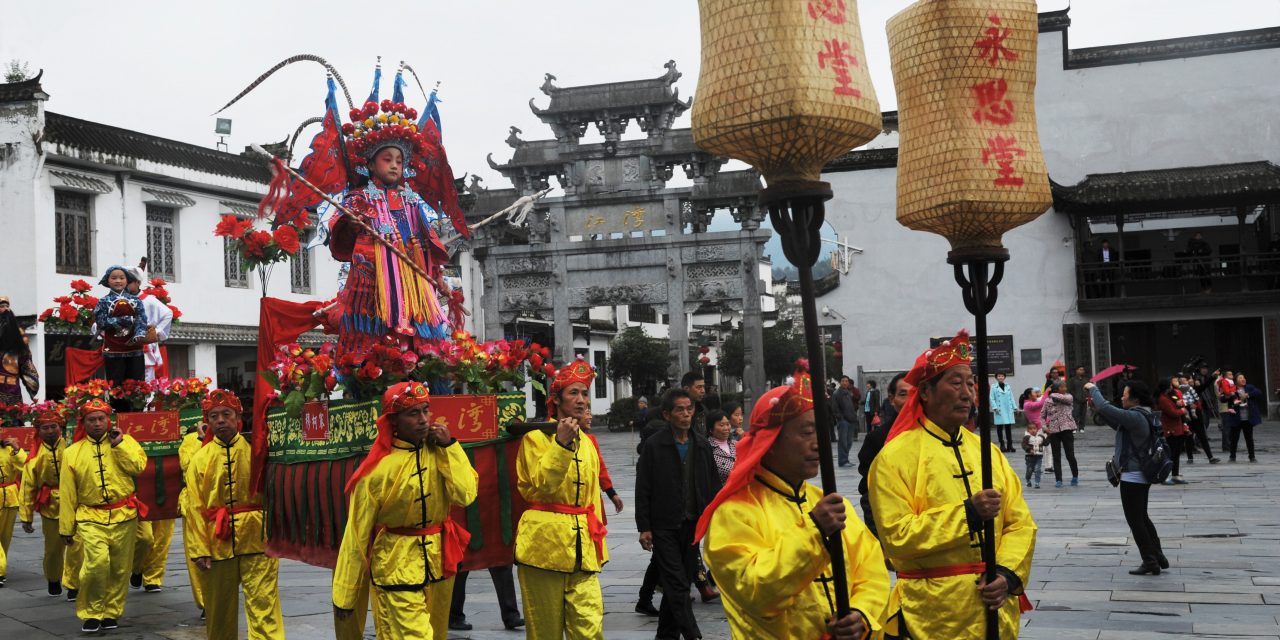 Jiangwan Town, in Jiangxi province, is recognized as one of the most distinctive ancient towns in China due to its long history, rich cultural heritage, and unique folk traditions. The documentary will not only feature its natural scenery but also its culturally important rituals, performances, and fairs.

The documentary will highlight Jiangwan Town’s folk traditions such as artistic performances celebrating the harvest season, young children dressing up as famous traditional Beijing Opera characters, and a percussion band following the parade along the streets and alleys in the ancient town with cheerful music.

The traditional ceremony to worship ancestors was also filmed for the documentary, during which the people in Jiangwan Town burn incense, bow, deliver offerings, and beat the drum in the main hall of the ancestral temple to welcome the gods and show their devotion to their ancestors. The ceremony concludes with meat shared among every household or a get-together meal for everyone to spread joy.

This is Wuyuan’s second time being featured in the Remember the Nostalgia documentary. The county’s Wangkou Village appeared in the second season in an episode watched by an average audience of 6 million. Released in 2015, the aim of that documentary was to highlight the customs, culture, and scenery of traditional Chinese villages as well as the agricultural civilization in China.

Wuyuan County, located in the northeastern corner of Jiangxi Province, is known for its one-of-a-kind mountain landscape and the most beautiful countryside in China. It is also home to the most well-preserved ancient Hui-style architecture, one of the major architectural styles of ancient times in China with rows of dwelling houses with green tiles and white walls.